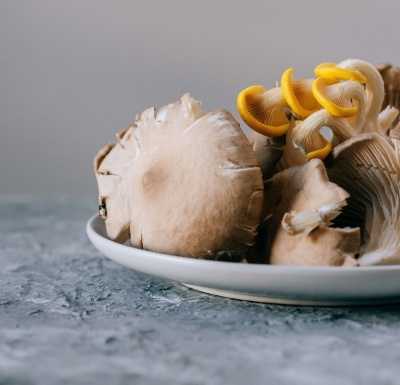 Meat the Mushroom Is Helping Consumers Embrace a Plant-Based Diet

With their mushroom-based pork alternative, Baltimore-based company Meat the Mushroom is working to encourage consumers to adopt healthy, plant-based diets.

The company’s first product, a bacon alternative known as SHROOMACON, consists of five ingredients and is free of preservatives, soy, gluten, and cholesterol.

Founders of the company Marvin Montague and Aleah Rae Dorsey, originally intended to open a vegan restaurant that didn’t rely on soy as the primary protein source. Hoping to develop a more natural, non-processed alternative Montague began experimenting with ways to give mushrooms a meatier texture.

Over time, Montague realized that he could have a greater impact if he focused his efforts on retail products. “I see the people around me could benefit from going vegan, but they just don’t know [the benefits],” Montague tells Food Tank. “And if they do know, it’s hard to kick animal products.”