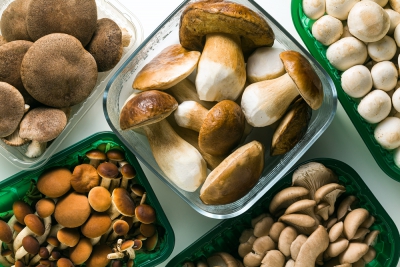 In 2020, the Dutch Food and Consumer Product Safety Authority (NVMA) conducted targeted inspections of dark cultivations: mushroom cultivation and chicory forcing. Ultimately, 93 percent complied with the rules regarding the use of cultivation protection products. That is close to the target of 95 percent compliance. But this end result was only achieved after inspected companies were given the opportunity to repair imperfections. 10 of the 27 inspected companies did this to succeed. Despite this, there were also two companies that did not have their affairs in order.

NVWA inspectors conducted targeted farm inspections in 2020 on 27 farms with dark cultivations (17x for mushrooms). The focus during these inspections was on the use of plant protection products and biocides.

Imperfections in administration
The results of these targeted inspections show that almost 93 percent of the inspected companies follow the rules regarding the use of plant protection products. This 93 percent is approaching the target of at least 95 percent compliance. However, this favorable final picture was only achieved after the inspected companies took advantage of the opportunity to repair imperfections. This happened at a dozen companies, which mostly involved administrative matters. The most common deficiencies related to the cultivation protection monitor, the biocides administration and the return of expired products.

Twice on report
In addition, there were still two companies where enforcement action was taken. This means that a report of findings has been drawn up by the inspectors. A written warning was also issued once, because the company had not had its affairs in order according to regulations. An administrative fine may be imposed on the basis of a report of findings.

High recovery rate
Although the final picture of 93 percent compliance produces a positive picture, the NVWA finds the number of companies that had to repair deficiencies quite high. The NVWA is therefore exploring possibilities to increase awareness of the administrative obligations among growers.