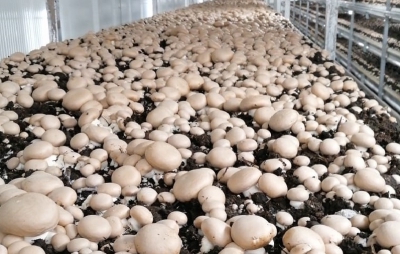 Since the beginning of June 2021 Lambert Spawn has obtained their Plant Breeders' Certificate for their new brown hybrid. After investing in a premium quality new brown hybrid. As Lambert Spawn brown strains always have been in the 8-series, they called their new brown hybrid LS818. It was first introduced on the US market, but for some time it is also being delivered to other parts of the American continents. The market for brown mushrooms has been dominated for quite some while now, so Lambert Spawn had to make sure they were able to compete on quality, consistency and speed during growing.
The market in Northern America accepted the new LS818 quickly and the production for this new brown hybrid was boosted in USA to make sure to meet this new demand. This fast growing demand of the LS818 was caused due its high and consistent quality, but also the time of growing fitted the growers very well. Until now the LS818 has been delivered on Speed Spawn and Millet for the North American market.

Since Lambert Spawn obtained their Plant Breeders' Certificate for the European market, they started with small scale testing with different farms in Europe so far. To see how it reacts to European compost within different countries. So far the results look good as we have seen in the US-market. Step by step Lambert Spawn in Europe will increase their capacity for the LS818 and work closely together with European mushroom farmers to get the best results out of this new strain.