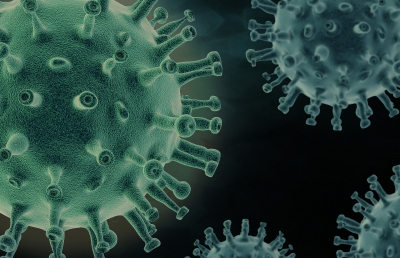 Fungi can also be deadly!

May 21, 2021
Published in Mushrooms Matter
Tagged under
Read 747 times

We know most fungi to be beautiful to see and a number of them are also very tasty. But that they can also be deadly proves the discovery of a rare black fungus in patients in India. Black fungus infection (Mucormyosis) has struck in this country.

The infection is caused by various fungi. These so-called mucormycetes grow in the soil, in dirt and on rotting material, including rotting leaves or wood. People get the infection by inhaling the fungal spores that float around in the air and dust. These spores get trapped in the nasal passages and sinuses and that’s what causes the disease.

Not everyone exposed to the spores will get the infection. But the increase in the number of cases in India is probably due to the disease showing up in patients who have had corona and therefore have a less immune system. A connection is also seen with the drugs used to combat Covid-19. People with diabetes would also be extra sensitive to getting the infection.

The disease infects the nerves, brain and lungs. If the fungus spreads to the brain, the risk of death is 50%. Early diagnosis can be a life saver, but even then fighting the infection will be a tough task.