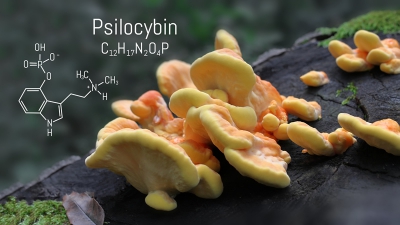 Mushrooms we like to eat them, but there are also mushrooms that are eaten for their hallucinogenic effect. These types of mushrooms influence consciousness and are classified as tripping agents. The mushrooms are also known as Psilocybin or ‘Magic Mushrooms’. You can use it in different ways, but most make it into a dish because of the bad taste. The trip effect is caused by the psilocybin and psilocin and the effect usually starts after 15 minutes to an hour. You can also make tea so you can notice the effect earlier. The substances in the mushrooms are not physically dependent, so that means that you cannot become addicted to them. Examples of hallucinogenic mushrooms are Psilocybe cubensis, Psilocybe semilanceata, Psilocybe tampanensis and truffles. Hallucinogenic mushrooms are illegal. But because truffles are legally not covered by mushrooms, due to the fact that they grow underground, they are legally available.

More and more articles are appearing that the use of psilocin can help in the treatment of depression, anxiety, addiction or PTSD. But in many drug laws there is still much uncertainty about the legal status. In California, Georgia and Idaho they are prohibited and in Oregan during the elections, voters voted for legalization. It’s the first state where the psilocin is used for mental health treatments. Also Hawaii considers ‘Magic Mushrooms’ as medicine.