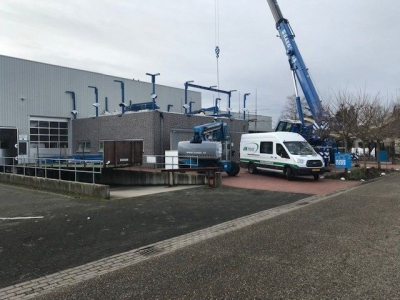 Mush Comb is growing and ready for the future

2020 has been a very turbulent year in the market and the mushroom industry. After a challenging first half of 2020, Mush Comb was able to catch up considerably in the second half of the year. Like any other company, there was an ambitious plan to grow, but Corona threw a spanner in the works. The market stalled and everyone switched to survival mode. Fortunately, the tide turned in July, orders came in again and Mush Comb was able to further shape its strategy. The company chose to invest instead of pulling the handbrake.

In November last year, 500 extra square meters of warehouse space, including storage racks, was added to the existing production floor. This made it possible to organize the production area much more efficiently. In October, 5S was introduced and each department has been given its own resources to ensure order and tidiness within production.
Besides expansion in resources and space, considerable investments have also been made on the personnel side. Mush Comb has hired several employees to realize the growth it envisizes in 2021.

In December 2020, the go-ahead was given to build an upper floor on the existing ground floor, so that the office space will also grow in surface area by 100%. The new building will be ready in May 2021, freeing up office space to relocate the engineering department and the canteen.
Despite the current challenging times, Mush Comb dares to invest and looks positively towards the future!