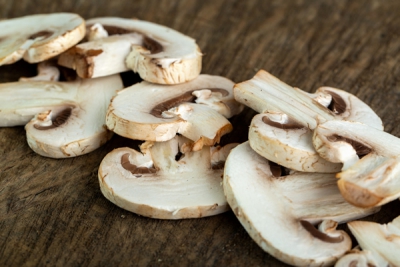 In May 2020, the Shiitake Biltong team from Maastricht took part in the student competition Ecotrophelia. They have continued to develop new food products. Soon they hope to start their own company that will enter the market with potato chips based on mushrooms.

For Ecotrophelia, the group of Maastricht students presented a vegetarian variant of the biltong which is popular in South Africa; a snack consisting of dried strips of meat that resembles beef jerky. The students won the Dutch final with it and were also allowed to present the idea during the European final.

After the team took another critical look at the idea, the students came to the conclusion that shiitake as a raw material was not such a smart choice. Good shiitake is hard to get and must be imported from Asia. That is expensive and not really sustainable.

The team went back to work and now opted for raw materials from a Dutch residual flow. They developed mushrooms based on pieces of sliced ​​mushrooms. The idea has been elaborated in a business plan, contacts have been made with suppliers, buyers and a possible producer. At this time the production process is optimized and the students are about to start their own company.

Source: Foodholland (article is in Dutch)