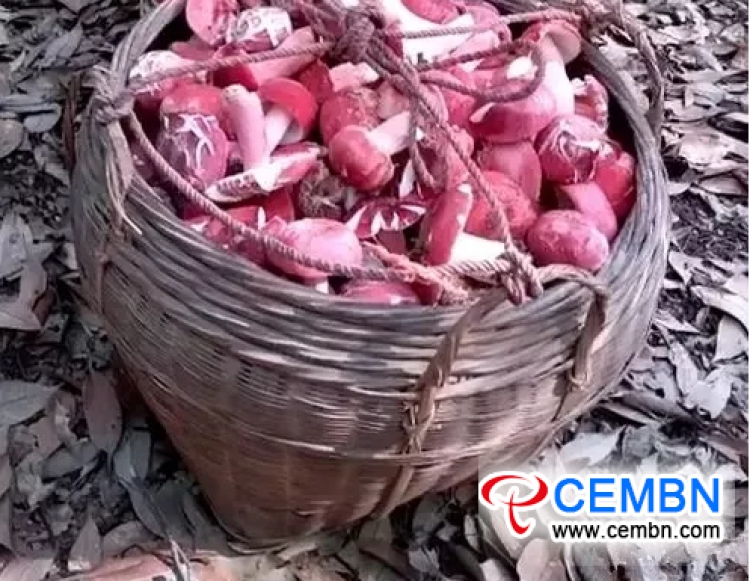 Now it is the picking time of Russula mushroom, and dried form is sold at...

“Russula mushrooms grow for above 3 times per year, peak production period for each time is at 3-5 days. Each year, Russula massively emerges from August to September,” introduces one of mushroom foragers warmly, adding that now, in Xiangqi Town, purchase price for dried Russula is at 1200-1400 CNY per kg, for dried Russula which carries superior quality, 2000 CNY of purchase price could be reached for per kg.

Russula is a kind of rare medicinal mushroom which gains popularity in domestic and oversea markets for its attractive appearance, tender flavor, high nutrition value and other merits. In China, Russula Vinosa are widely distributed in Sichuan Province, Shanxi Province, Fujian Province, Yunnan Province and other major regions.